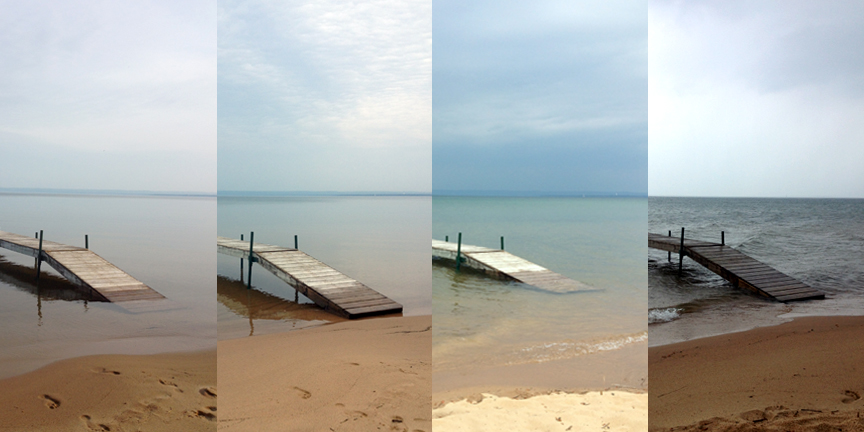 All of these photos were taken in a single six-hour window, leading up to and right after a pretty normal-sized summer storm.

Sometimes I forget exactly how large and powerful Lake Superior is. The bay we're on (Waiska, pronounced "whiskey," no lie) looks and feels huge; sometimes I forget that it's not the entirety of Lake Superior. But in reality, it compromises less than 0.5% of the lake's total size. I get glimpses of understanding what that means whenever a storm is rolling in from "the big lake." The water is pulled out and in to feed the cell's movement with seemingly thoughtless ease. It's kind of menacing if I'm in a dark mood, like looking at your pet and realizing that while you may think you have some sort of implicit agreement, they are actually just a wild animal, capable of really hurting you if they ever felt like it. (The list of shipwrecks in the Great Lakes is fascinating yet horrifying in it's breadth.) Sometimes it feels magical; our lake is doing ocean-things, cosmically-sized things, mimicking the tidal power of the moon. I want to put my toes in the waves and absorb some of it's crazy energy (which makes sense, considering I am Scorpio Ascendant).

Regardless of how I'm feeling (which is sounding pretty crazy, now that I've typed it out, but no less real), it's big. It's powerful. It's - Superior. We build houses next to it and brave insane, endless winters because of it's seemingly tidal draw. It feeds us; it sinks our ships. We swim in it; we drown in it.

...and I decide to spend a few weeks here each summer. Working, yes. But also admiring the lake, watching it warily, dipping my toes in it to absorb enough crazy energy to last me until next summer.
Labels: Michigan, travel, weather 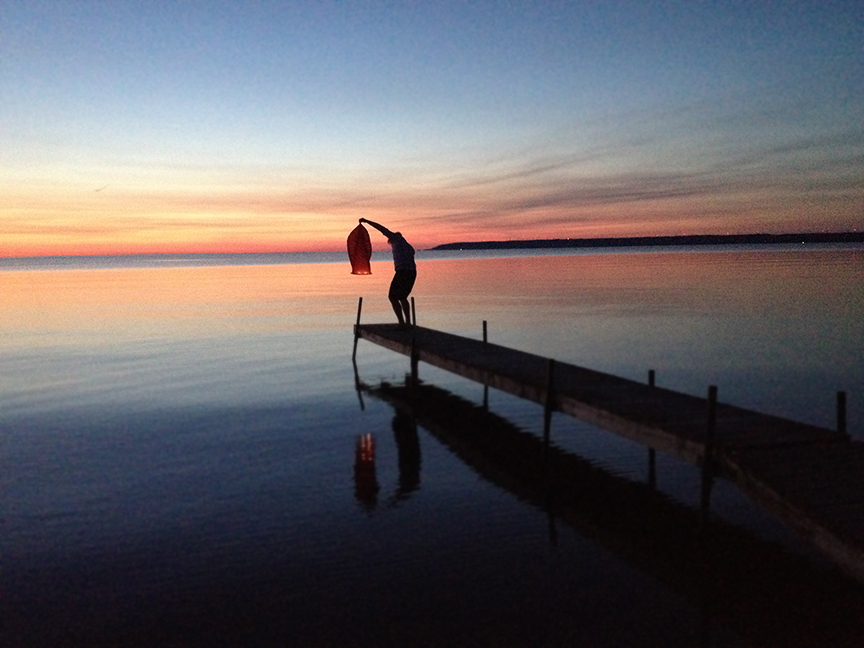 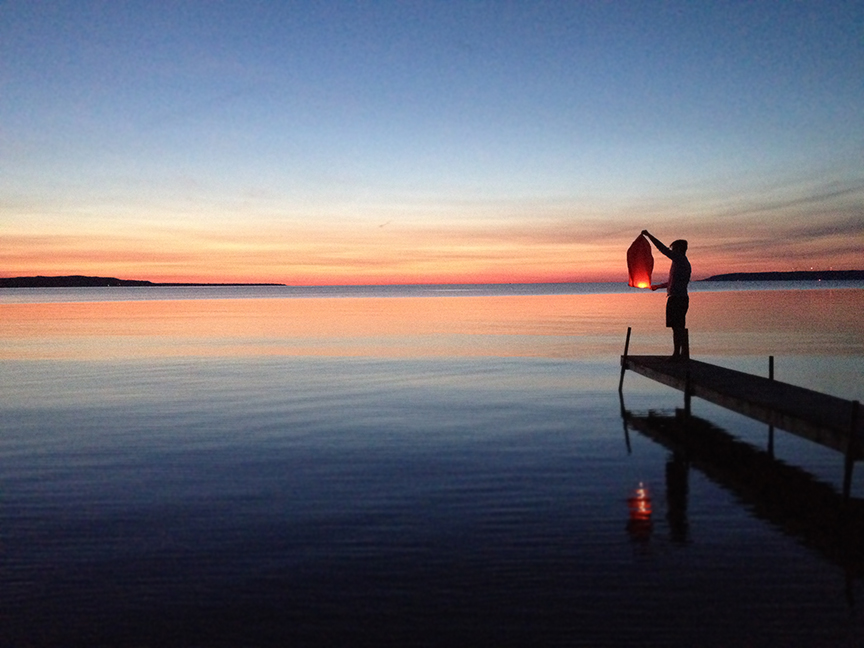 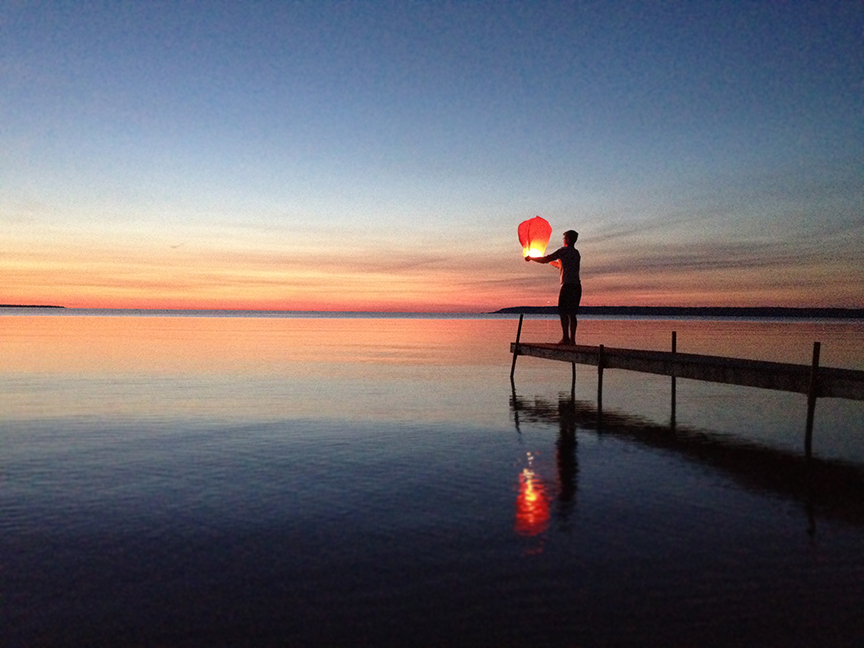 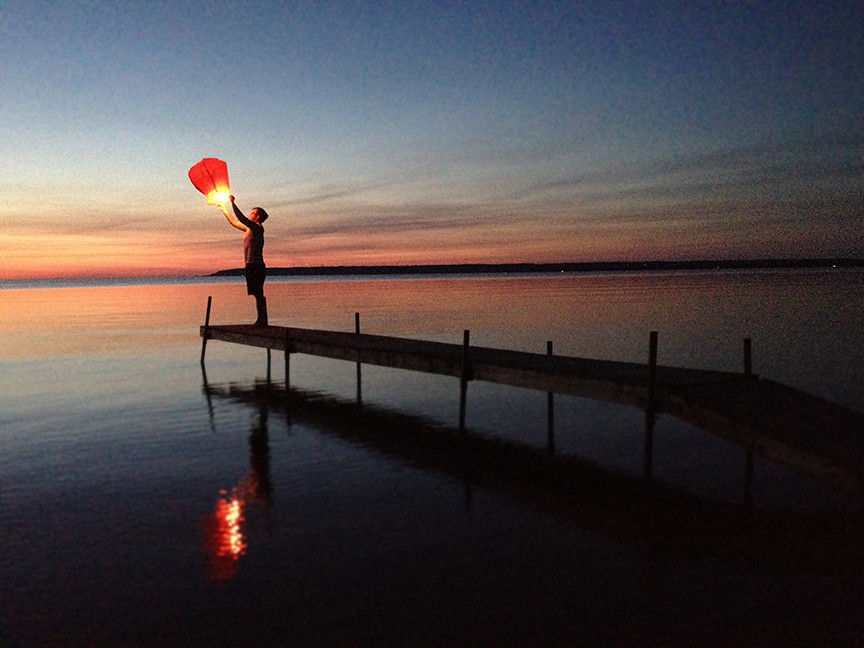 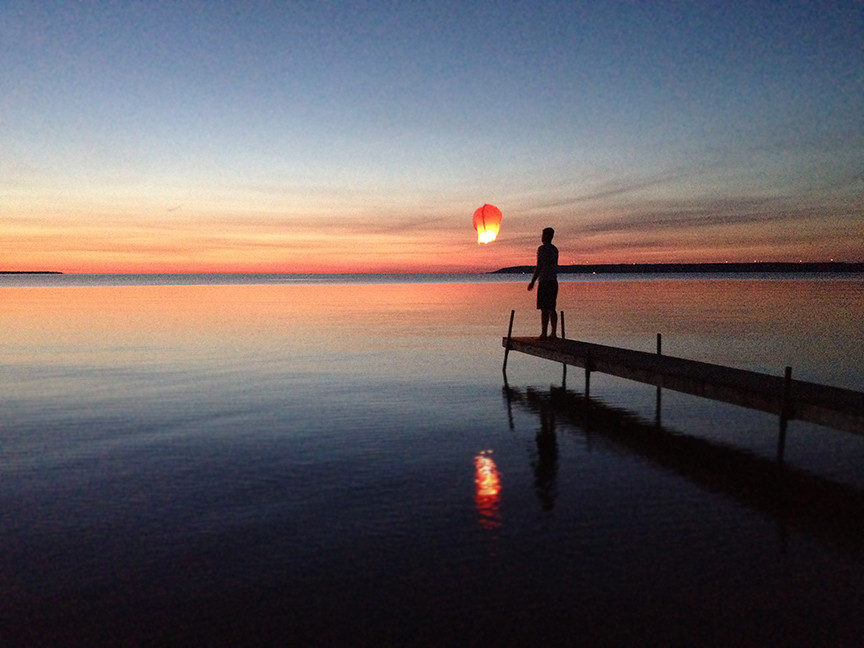 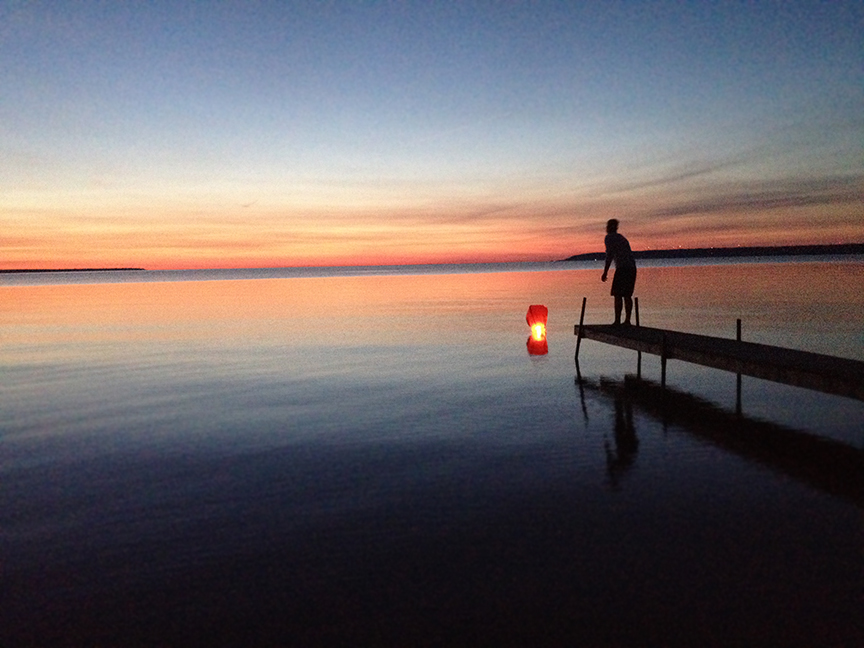 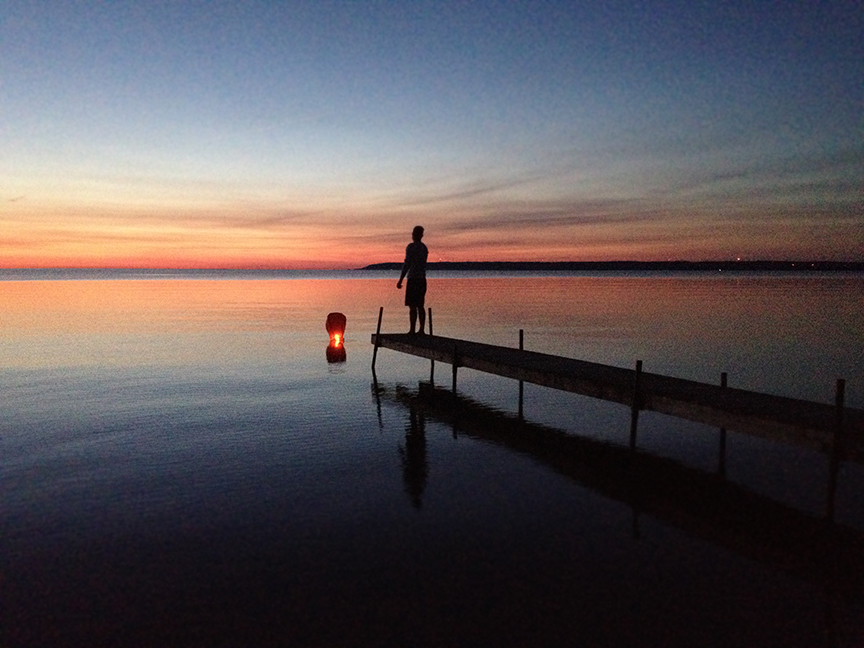 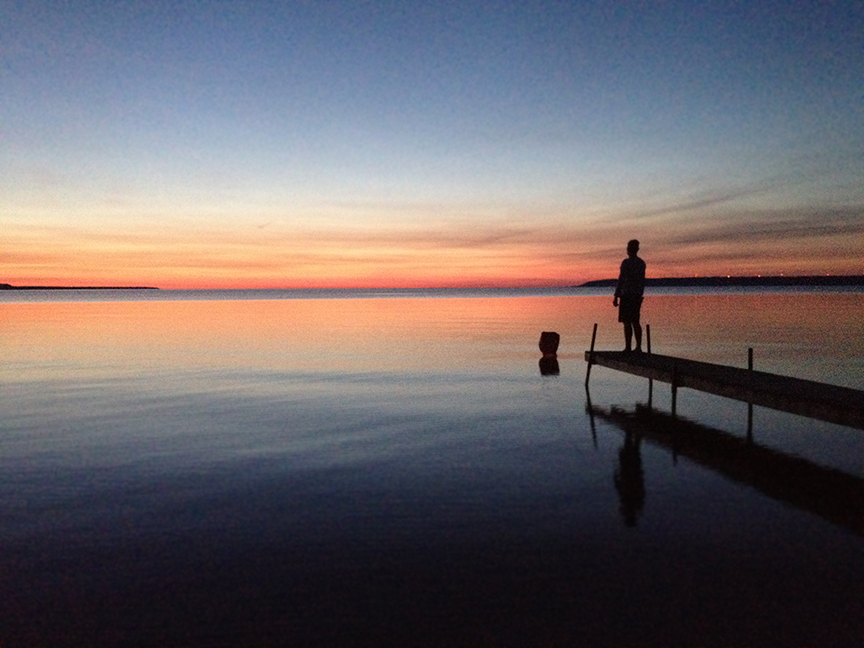 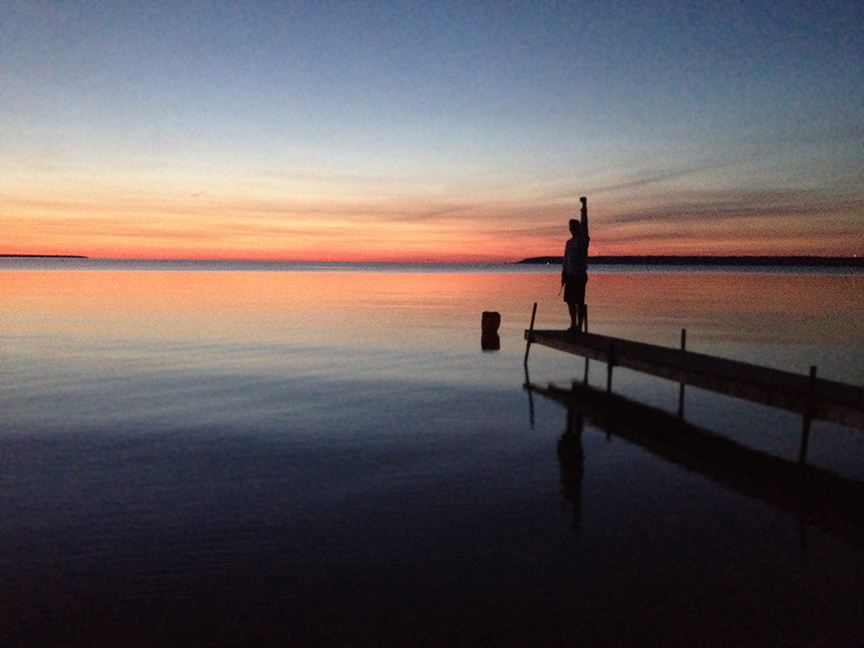 It's Micah's last night in Michigan. He comes down to the beach at sunset, fresh drinks in hand for us; the lake is still, the sky is vibrant, everything is perfect.

"Hey - I found this lantern upstairs. We were going to set it off at the elopement party, remember? Let's do it now!"

We make a wish about him finding a fulfilling job, and us living happily ever after. The air is heavy with emotion.

"Do you want to come out onto the dock and light it with me? We could set it off together."

"NO. I'm going to take pictures. Look at the sunset! You'll be all silhouetted – it'll look so rad. This is a blog post for sure."

I snap photos with my phone, one after another, as the lantern slowly fills with warm air and starts floating... Micah lets go, it's lifting!, our wish is floating up towar - - - oh. Ohhhhh.

I haven't laughed so hard all year.

"...I think I got a few shots of it floating up... I could just not show anything after that. No one has to know!"

"Well, put your fist in the air. This is a whole different blog post now."
Labels: marriage, Micah, Michigan 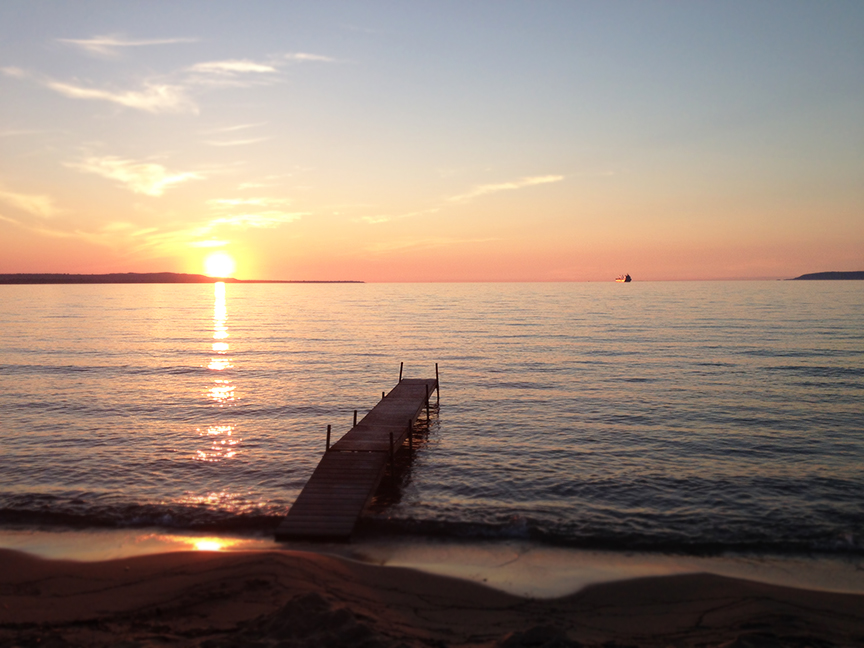 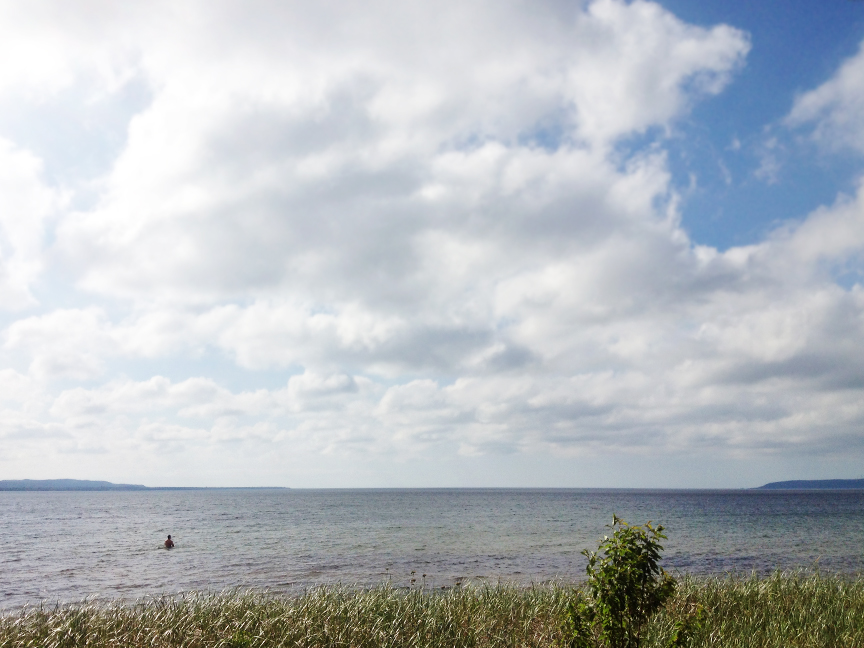 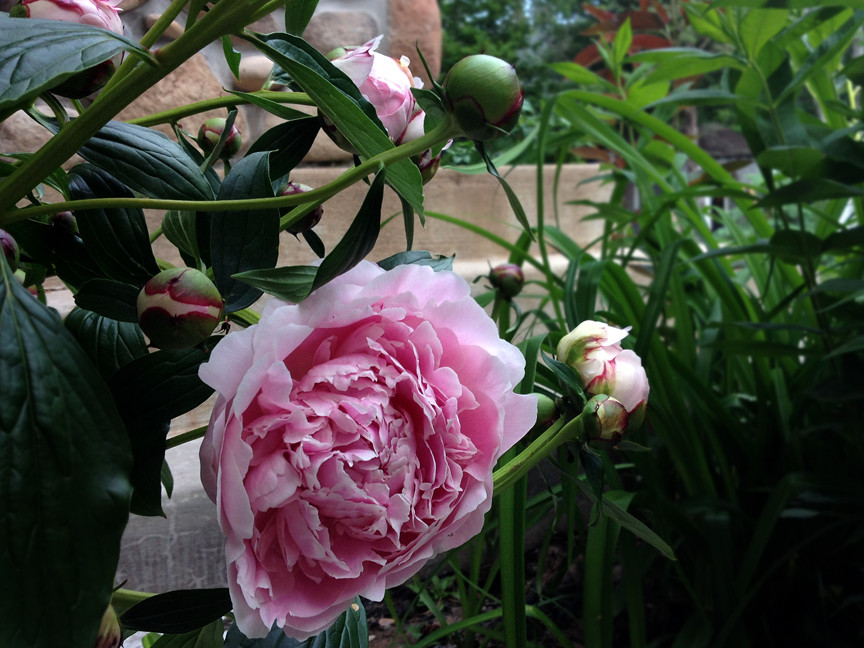 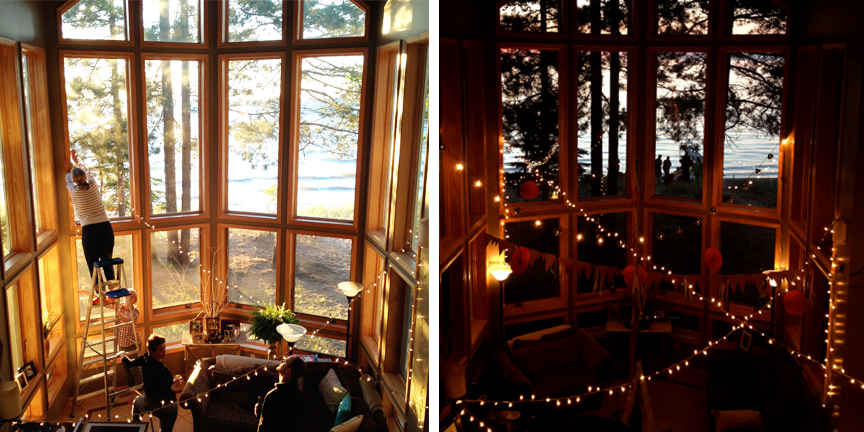 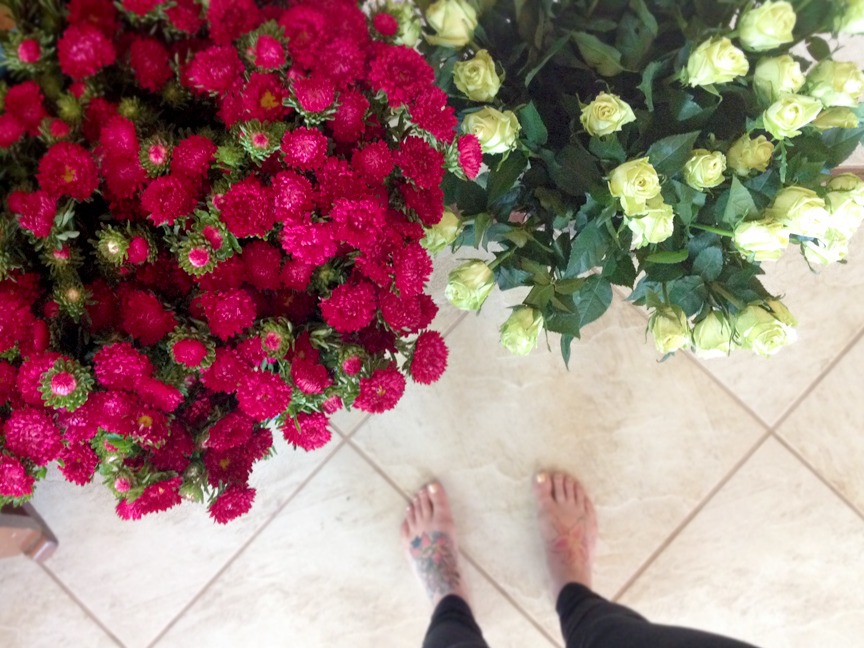 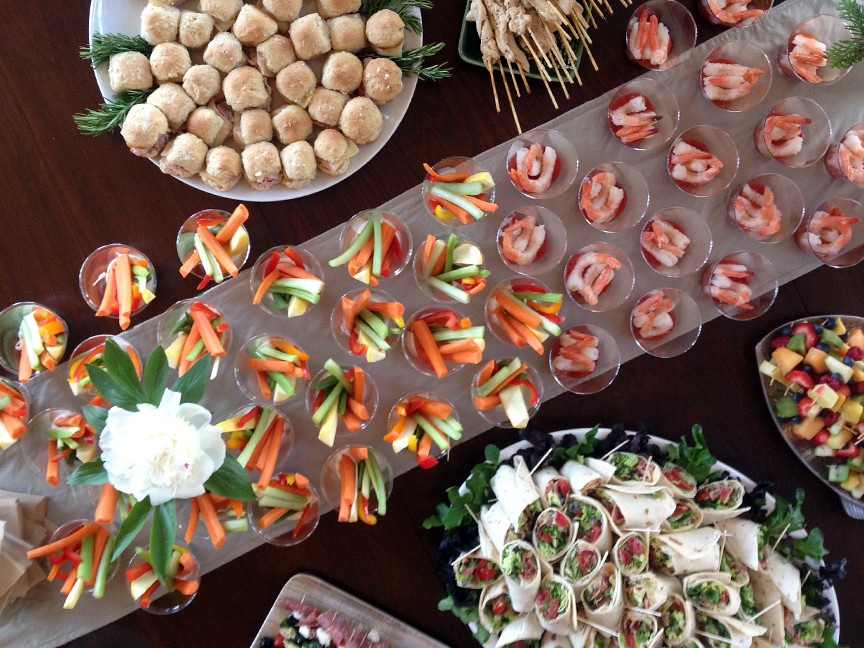 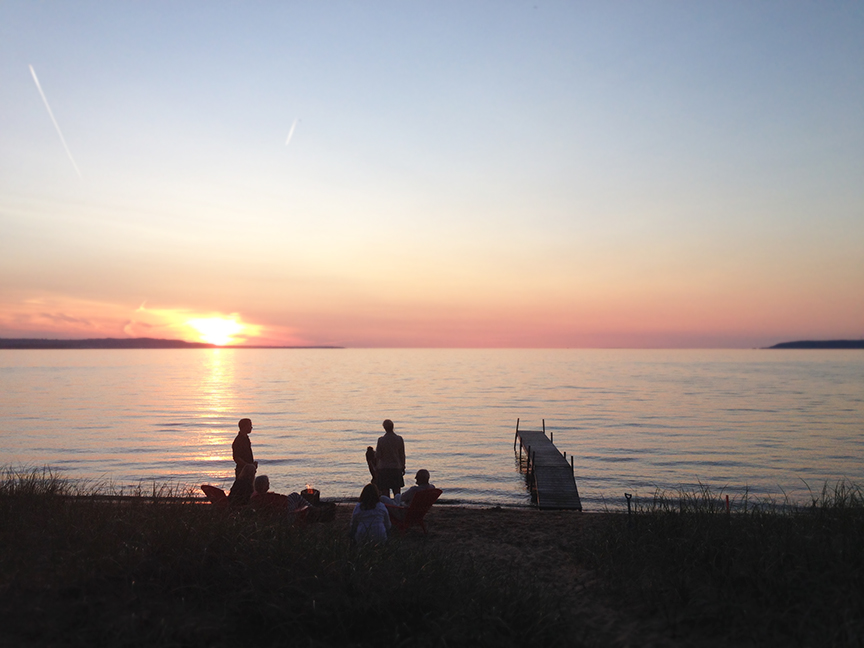 From top to bottom: I can't help but take a picture of each sunset. My dad takes his daily swim in the (mid-40ºs) lake. My mom's peonies (this antique bush is my favorite). Setting up lights for our "marriage celebration" on the Fourth. Party food. Another bonfire, another sunset.
Labels: family, Michigan, summer 2014, travel
Newer Posts Older Posts Home
Subscribe to: Posts (Atom)